Nina Jensen has sent this report about the Saturn Running events, and the latest one, the Saturn Time Turner at Durham, in particular:

I’ve been meaning to write about the Saturn Running events for a while now as they are a great event for everyone regardless of their level of running.

Similar to the North East Marathon Club winter wonder events you get 7 hours to run as many laps as you want. This event was based in Durham along the riverside and laps are 5k. Other events have been held in Druridge Bay Country Park and along the Derwent Walk in Swalwell. The events are themed, cheap at £22 for club runners and the medals are amazing – as is the feed station but more about that later!

This event was the Time Turner and GNR training event and was a way to get a medal that you may have coveted from events Saturn Running have held elsewhere. I opened for a Doh Nut run medal based on the Simpsons.
Marie and Bill also entered although I only saw them at the start and after the first lap so not sure what they chose as a medal.

The lap starts next to the rowing club and heads along the riverside path, over a bridge and back along the other side past the Durham Gardens before the start of the Hill from Hell. A km climb up past a farm (no sign of the baby alpaca we were promised) before dropping back down and heading back past Maiden Castle sports ground, over a wobbly bridge (which I’ve nicknamed the Billy Goats Gruff bridge) then back through a wood to the start.

Anyone completing 1 lap gets a medal with an extra reward of a pin badge once you get to half marathon, half marathon plus(anything between marathon and hm), marathon, 50k and ultra.

I had in my mind to do a marathon, starting out with the Blyth girls including Adele who was aiming to complete her 99 marathon so she can do her 100 marathon next week at the Coastal! (She did it). Bill and Marie both did a half marathon.
Once you get back to the start you get a wristband to show that you’ve completed 1 lap. You then go to a drinks station which has squash, water, coke and iron bru before visiting the feed station which I can only describe as a kids party dream.
Sweets, crisps, peanut butter filled pretzels, sausages, cakes and watermelon. It’s hard to force yourself to move away but also means you’re fuelled and ready for another go of that hill.

The next event is on 10th November for Remembrance Sunday. 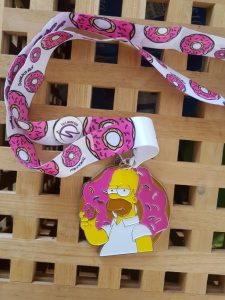 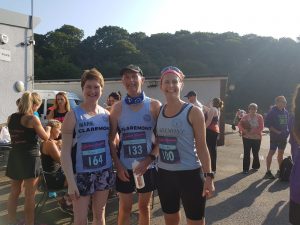 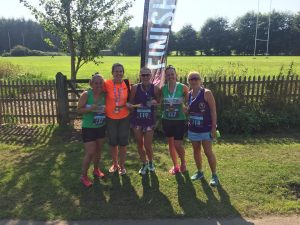