How long does it take to play a game of Snakes and Ladders? In Claremont Road Runners case, 24 days!

Our latest lockdown challenge saw the Lads take on the Lasses in a game of virtual Snakes and Ladders. The idea was that the roll of the dice was based on the average mileage run by each time each day. Only full miles counted and it was not possible to roll more than 6.

The Lasses made a good start by climbing a ladder on the second day to take a commanding lead. They stayed ahead until sliding down a snake from square 88 all the way to square 18. The Lads then progressed steadily until they reached the very same snake – it was now the Lasses with a narrow but both teams along way from home.

However, two throws later, the Lads hit the jackpot and climbed a ladder all the way from 26 to 84 to take a substantial lead. They then progressed nicely onto the top row, only to slide down the snake from 97 to 70. The Lasses were still some way behind on square 45.

It took the Lads just two throws to get back onto the top row, courtesy of the small ladder from 90 to 91. This time they made no mistake with a throw of 5 to land between two snakes, leaving them needing a 4 to win. They finally achieved this on day 24, just as the Lasses were sliding down another snake to finish a long way back on square 22.

So the Lads won their first ever lockdown challenge, showing the Lasses that all they ever needed was a game of chance!

So the Lads won their first ever lockdown challenge, showing the Lasses that all they ever needed was a game of chance!

You can follow the whole game in the video below. 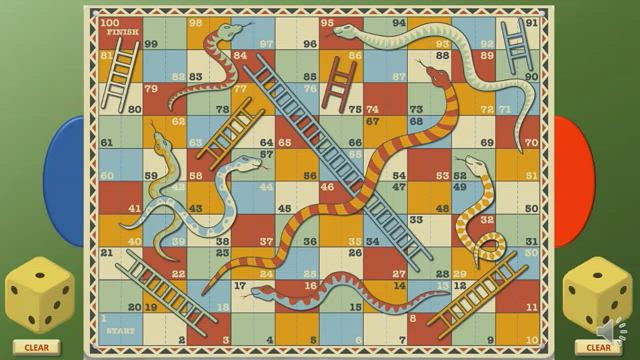 Thanks to everybody who took part. The record of daily mileages is shown below, as is the wonderful virtual trophy won by the Lads.